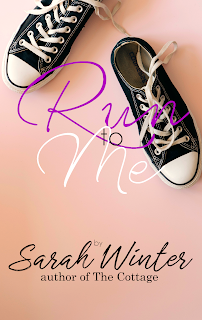 Grace Shaw is an American nurse and simple country girl who has suffered unimaginable trauma after a break-in at her Wyoming home. In the aftermath, she must deal with a relapse of the mental illness that plagued her youth. Terrified she might never get better, she pulls away from everyone who loves her most, moving all the way to London in her desperation to run away from what happened to her.

English actor James Hawthorne is a bonafide movie star, living a life most would envy. But after his recent divorce, he wonders if he will ever be able to commit to another relationship. He has the world in the palm of his hand, but no one to share it with and a paralyzing fear of giving himself to someone new.

Worlds collide when Grace runs into James (literally), and as their fears and secrets of their past threaten to pull them apart, they begin to realize they might be the only ones who can hold each other's broken pieces together.