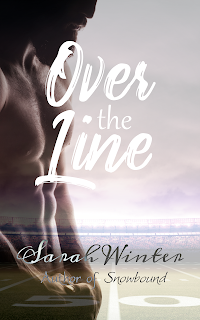 Gabriel Miller is a professional football defensive end with a blown knee and possibly a blown career if he doesn't get some help, fast. His career has been going up for so long he doesn't know how to deal with failure. Desperate, he takes a friend's advice and calls a local yoga instructor, Quinn Hadley, to see what she can do for him. He's a man used to being in the spotlight, and isn't ready to give up the career he's worked so hard for.

Quinn and her son Cooper have been rebuilding their life for ten years after a vicious attack that left Quinn in the hospital and her ex-husband, Mitchell McDonald, in prison. When Gabriel walks through the door of her studio, he changes everything. If she can help him with his knee, he can lead her to an elite clientele and the financial security she's never had.

Gabriel doesn't expect his yoga instructor to challenge his point of view, and Quinn doesn't expect a meathead athlete to get her to change hers, or to make her believe in family again. But as the three of them grow closer, the bond they forge kickstarts a chain reaction that will threaten all of their lives.
TW: domestic violence, assault, stalking
Email Post