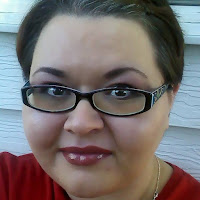 I'm Sarah Winter, and I am a thirty-something independent author living in Wyoming. After surprising everyone (especially me) by writing my debut romance novel in the winter of 2013, I've spent the last eight years pursuing my bucket list dream of becoming a professional author. All while working full-time and keeping kids alive and making sure my husband doesn't fall off a ladder.

My debut novel Snowbound achieved Quarter-Finalist status in the 2014 Amazon Breakthrough Novel Award Contest, and Over the Line won an Amazon Publishing contract through Amazon's Kindle Scout program in April 2015. I self-published my third novel, Beauty and the Beast, in February 2016 and my first published short story, The Journal, in October 2016. The story was included in the limited-release 2018 charity anthology, Somewhere Out There. My fourth full-length novel, paranormal romance The Cottage, released August 2018. My latest, contemporary romance Run to Me, will release in May of 2022.

Beauty and the Beast and The Cottage were reviewed by InD'Tale Magazine in their July 2016 and April 2019 issues, respectively.

I write smart, sexy stories with tough heroines and lovable heroes. My characters go through hell and find comfort and freedom in each other's arms, and find themselves along the way.
Update as of 6/2/2022: I no longer write new posts for this blog, and have deleted much of my old content. The only posts that remain are ones that had enough traffic for me to bother leaving them up. I do edit Into the Unknown posts as needed, either for clarity or as the cases resolve or new information is revealed.
Email Post