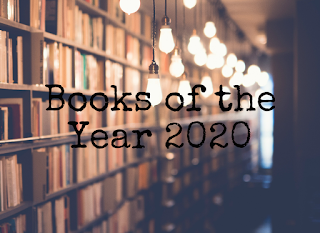 I read 26 books in 2020. Far less than I like, but more than I thought I'd get through in such a crazy year. Global pandemic, lockdown, pulling kids from public school, going back to school for a certificate myself, returning to full-time work after 7 years of working from home. None of these things were conducive to reading. And yet, I beat my goal of 24 books for the year. Barely.

There were several books, though, that I deeply loved and am thrilled to have read this year. These are my top seven. I tried to narrow it down to five, but I was on a roll!

True Grit by Charles Portis. Yep, that True Grit. I love the movie starring Jeff Bridges and Matt Damon (not the John Wayne version, sorry Gramma) and the book is right up my alley. Western adventure, revenge story, with a plucky girl calling the shots. I loved this. Never boring, thrilling from page one all the way to the end and I'm glad I finally read it.

The Phantom Prince by Elizabeth and Molly Kendall. This one is one that's been on my radar but it was out of print for years so it became rather hard to find. That is, until Amazon made a documentary based on it. You see, Elizabeth is the former longtime girlfriend of serial killer Ted Bundy, and Molly is her daughter. I chewed through this in just a few days, and it was a truly fascinating look into a man who lived two completely separate lives. The documentary is also excellent, BTW.

The Five by Hallie Rubenhold. Written in detail about the canonical victims of Jack and Ripper, this books digs not into the murders, or the identity of the mysterious serial killer, but into the lives of the victims themselves. Arguably an even more interesting subject, the book digs into deep social issues that may have led these women into situations that led to their deaths. These women have been dismissed since their deaths (and arguably even before) as 'just prostitutes' when they were wives, mothers, daughters, friends, WOMEN who deserved better.

The Radium Girls by Kate Moore. I knew a little about the titular women in this book, but not enough at all. The story of these women is so much deeper than just not knowing the thing they were working with would eventually kill them. A must-read.

I Was Anastasia by Ariel Lawhon. I wanted to read this one for a long time, but was honestly afraid of what I would find. I heard a lot about the way the book was written and wasn't sure I would be able to finish it. I finally bit the bullet and picked up a copy, and am so glad I did. Anna Anderson is not painted as a victim, or as a woman pulled along by circumstance, but neither is she a calculating gold digger trying to get at the Romanov horde worth billions even at the time of their murders. The style of this book is different from most I've ever read with Anna's side of the story written in reverse, while Anastasia's is written in order, but this is not as confusing as it may sound because in the end we get to a place where the stories meet in the middle. It's satisfying and interesting, well-researched and perfectly paced. A contender for my favorite of the year.

A Monster Calls by Patrick Ness. This one was inspired by Siobhan Dowd, an Irish author who passed away before she could complete the story herself. Beautiful and evocative, this one reads like the best fairy tale you're ever read, and touches on issues like denial, death, and grief in children. Gorgeous, and well worth the 99¢ price tag. Seriously, go buy it for Pete's sake.

11/22/63 by Stephen King. Fuck me, this was good. It's been years since I read something new by Uncle Steve, though I go back and reread my favorites. This one is enormous, and not necessarily about a topic that interests me, but well worth the time. I had a hard time putting it down. Ranks right up there with Misery and The Green Mile.

Go forth and read!

Into the Unknown: Hang Lee