Into the Unknown: Timmothy Pitzen 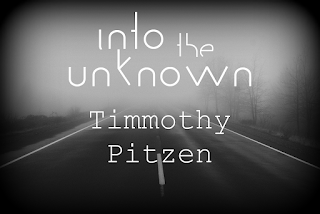 The saga of Timmothy Pitzen's disappearance has fascinated people since the day it began. The furtive way his mother, Amy, collected him from school, the clandestine vacation she took him on through southern Wisconsin, and her suicide in a hotel room are all fuel for wild theories, and that's without mentioning her cryptic suicide note.

I've slipped into hyperbole here, but only a little. This story is intense.

As this post deals with the disappearance of a child AND the suicide of his mother, this post may be particularly disturbing.

I do not post graphic pictures, but websites found by following links in this post may. Reader discretion is advised.

If you or someone you know is contemplating suicide, there is help available. Please call the National Suicide Prevention Hotline at 1-800-273-8255 or text HOME to 741741 if you don't want to talk.

THE HISTORY: Full disclosure, I'm originally from Wisconsin. I was born in what locals call "The Up North," damn close to the Upper Peninsula of Michigan. This case holds a special place in my heart.
Wisconsin Dells, Wisconsin is a small city in south-central Wisconsin, home to fewer than 3,000 permanent residents. Within its bounds is the Dells of the Wisconsin River, an area formed about 15,000 years ago by glaciers during the last Ice Age. The Dells itself was never covered by ice, but the glacial melt created a massive inland lake. When this lake, known as Glacial Lake Wisconsin, drained, the Dells formed from the runoff.

In 1886, photographer H.H. Bennett's work in the Dells made the area famous, which was likely the beginning of the tourist draw into the area that continues to this day. His photo of Stand Rock, in particular, is notable and a damned fine photograph. It was used in promotional advertisements for the area for years and is an iconic image of Wisconsin's natural wonders.

THE AFTERMATH: If there was ever a case of a child simply vanishing without a trace, Timmothy Pitzen's case is it. After he and his mother left the Kalahari Resort, he simply never appears again. No one remembers seeing him, he is not on any other surveillance footage, nothing. There are few clues as to where Amy may have taken him after they left the Kalahari and sadly, she is the only person who knew for sure where he was and might still be today.

THE CONCLUSION: It is easy to assume that Amy did something to harm her son. She would hardly be the first mother to murder her own child, and she may have been in a mental state that made her more likely to do so. But, we simply don't know. She could just as easily have given him to a family who wanted a child. He may not remember who he is, or may be afraid to come forward due to misinformation from his mother or any new family that we don't know about.
I hope he's out there, happy and taken care of just like Amy said. I hope he reads this, or some other news report, and comes forward one day. Or that the family he's with does and closes this circle. This one hurts, and it's frightening in so many ways, I want to see an end to this story.
If you have any information about the disappearance of TIMMOTHY JAMES PITZEN, please contact the Aurora Illinois Police Department at 630-256-5000.
And once again, if you are hurting and need help, or are thinking of harming yourself, please know that you are not alone. There are resources available. Please call the National Suicide Prevention Hotline at 1-800-273-8255 or text HOME to 741741 if you don't want to talk.

Thank you for taking the time to read this post. I hope you enjoyed it. If you know of any mysterious cases you'd like to see me profile, comment on this post or send me a message on my Contact page and I’ll investigate.