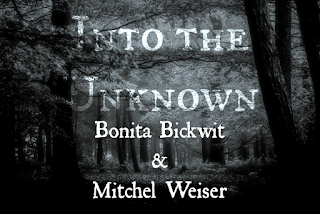 ​The disappearance of teen couple Bonita "Bonnie" Bickwit and Mitchel Weiser has baffled friends, family, and the authorities. The two left plenty of clues as to where they were headed, but may have never arrived at their destination and have not been seen since July 27, 1973.

THE VICTIMS: Bonnie, 15, and Mitchel, 16, had been together as a couple for over a year. Bonita was just shy of five feet tall and weighed 90 pounds, with long, curly brown hair and brown eyes. Mitchel was five-foot-seven and weight 140 pounds, wore his long brown hair parted in the middle in a ponytail, and had hazel eyes. His front teeth were discolored at the time of their disappearance. Both were students at John Dewey High School in Brooklyn. The school was for high-achieving and gifted students, and the two were well-liked and fit in with other students. They were also inseparable, and had even exchanged 'wedding rings' and referred to each other as spouses rather than boyfriend and girlfriend.

THE HISTORY: Bonnie was working at Wel-Met camp, a popular getaway for young people in the summers in Narrowsburg, New York. Bonnie worked there that summer, and Mitchel met her there, picking her up before the couple began hitchhiking their way to Summer Jam, a concert featuring, among others, The Grateful Dead and The Allman Brothers. The concert was in Watkins Glen, over 75 miles from the camp. When they left, they were carrying backpacks, a cardboard sign that said "Watkins Glen," and about $25 cash between them. They were picked up by a truck driver, who gave them a ride for part of the way on Interstate 97. This was the last confirmed sighting of the pair, and they've not been seen or heard from since.

THE INVESTIGATION: Initially, nearly everyone believed the two had run away together. It's not known if they actually attended the Summer Jam festival. At least 600,000 people attended this concert and determining who was there that day is nearly impossible. The original police case files have been lost, as well, including the only copies of the couple's dental records, so most of the information we have may not have been part of the original investigation, most of it from the memories of those involved in the case. A lot of the information I can find online is repeated almost verbatim from The Charley Project's listings for the couple, which are almost identical to each other as well. Family members think the investigation was poorly conducted from the beginning, anyway, and that police used the runaway theory as a crutch for over twenty-five years.

What we do know is this: Mitchel was upset that his family couldn't afford to send him to the out-of-state college he wanted to attend, and Bonnie's father was ill and disabled at the time. Both of them seemed ill at ease in the days prior to their disappearance, but that might be up to nervousness about getting to the concert without getting caught. Bonita sneaked away from the camp and retrieved $80 she had been saving for a bicycle. She came home while no one was there, but neighbors saw her come and go. She was having unspecified problems with the family she worked for at the camp, and the night before she and Mitchel left, she quit when they wouldn't give her the time off she needed to go.

THE AFTERMATH: In 2000, then-New York governor Elliot Spitzer reopened the case after John Dewey High School erected a memorial monument to Bonnie and Mitchel. There was some TV coverage, which prompted a man who was a young Naval officer in 1973, to come forward with an incredible story. Alan (some accounts spell his name 'Allyn' or 'Allan') Smith of Rhode Island claimed he was hitching back from the concert festival when he got picked up by a Volkswagen van with Pennsylvania plates driven by a man whose name he couldn't remember. Inside the van were two young people matching Bonnie and Mitchel's descriptions. The young people never gave their names.

During their ride, the travelers got hot and stopped at a river to cool off. The young woman went into the river and got caught in a current. The young man followed her in and was carried away as well. He said they were still alive when he last saw them. While police think Smith is a credible witness, why he as a Naval officer wouldn't have tried to save them isn't understood. When police presented Smith with photographs, he was unable to identify Bonnie and Mitchel as the couple he traveled with and refused a polygraph test. He also can't remember the exact location of the river they visited that day, and the van and driver haven't been located, either. No bodies of drowning victims turned up at coroners' offices in the area around that time, either, which left investigators with nothing to go on. After that tip, the case went cold again, and still is to this day.

It's been over 44 years since Bonnie Bitwick and Mitchel Weiser went missing, and there's been no leads in the case almost since the investigation began. Wel-Met Camp closed in the years since their disappearance, and the location is used as a camp by another organization. Their families maintain a website in their honor, hoping for any information that could lead them home, no matter what. Age progressions have been done as recently as 2008, when Bonnie would have been 50 and Mitchel, 51. Today they would be 59 and 60, respectively. Their family is still, and will never stop, looking for them.