Into the Unknown: Arianna Fitts 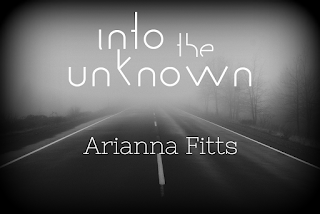 I took a break from Into the Unknown last month, but we're back this month with the disappearance of a beautiful little girl, and the murder of her mother. This case is heartbreaking, and the devastated family deserves answers.

On April 1, 2016, a family was torn apart by the disappearance of Nicole 'Nikki' Fitts and her two-year-old daughter Arianna. They were further devastated when Nikki's body was found just days later. But the discovery of Nikki's fate led them no closer to finding Arianna, who remains missing to this day.

​A loving mother and her child should never be separated by any means, but least of all by violence. A family like the Fitts family should not have to wait years for justice, or for answers, when something like that does happen.

I also want to apologize because, for the sake of brevity, this case may come across as more jumbled than my usual posts. This is a story with an at times confusing sequence of events. If there is any confusion, I'm sure that it's my own fault and apologize profusely.

THE HISTORY: Silicon Valley is an unofficial region in California located in the southern end of San Francisco Bay. Home for many years of the seat of American technological advancement, its population peaked at three million in 2015, but the long-time steady growth has slowed a bit in more recent years.

Silicon Valley is an area so expensive to live in, even an income that would be considered high in other areas may be difficult to live on. People who earn six-figure salaries consider themselves to be middle-class, despite this being a more than comfortable income in most areas in the US.

THE VICTIM/THE MISSING: Both Nikki and Arianna are Black females with dark skin, brown eyes, and black hair. Nicole Fitts was always petite and shy, so even though she was the middle sister, her own sisters thought of her as the youngest. Older sister Kathryn and younger sister Contessa were raised by their single mother in Marina del Rey, California, and spent their entire lives in the area.

Nicole "Nikki" Fitts was 32 years old when her family last had contact with her on April a, 2016. Dark-skinned with black hair and dark brown eyes, she was small in stature. On the day she went missing, she finished a shift at her employer, Best Buy, in San Francisco and was last seen leaving the store. She was wearing her work uniform when she was last seen, khaki pants and a blue Best Buy polo shirt.

Arianna was approximately two feet tall and weighed 45 pounds at the time of her disappearance, and was last seen by family members in mid-February of 2016. NOTE: We'll get into this last sighting a bit more later. She had dark skin and brown eyes, with black hair that in photos was usually pulled back from her face. She had a beautiful bright smile and a mouthful of teeth at the time of her disappearance. In most pictures, she looks remarkably like her mother. It has, though, been three years since she was last seen in person or in photographs, and a child's appearance changes quickly at this stage of life.

THE INVESTIGATION: Nikki's family reported her missing on April 5, 2016 after receiving strange texts, and following a Facebook post they were sure Nikki didn't write. The texts said Nikki would be going to Fresno, California with someone named 'Sam.' Nikki apparently didn't know anyone named Sam, and also didn't own a car at the time and so had no means to travel such a distance. The Facebook post read, "Spending time with my 3 year old, need this brake." Nikki used good spelling and grammar in her posts, and Arianna was not yet three years old. It would be unusual for a mother to misquote her own child's age this way. At the time they reported Nikki missing, they also reported it had been months since they saw Arianna, and couldn't find her, either. In fact, the family isn't even sure how long it had been since Nikki saw her daughter.

Months before their disappearance, Nikki had sent her older daughter Sendy to live with the girl's father in southern California. She was living in a homeless shelter at the time with Arianna. While she was living at the shelter, she met Lemasani Briggs, a self-described 'street pastor,' who invited Nikki and Arianna to live with her.

Briggs' nieces, sisters Siolo Hearne and Helena Martin, took over babysitting duties for Arianna after a while, and Nikki's family became concerned about the situation. According to Contessa, Briggs never gave Nikki a key to the home they shared, and often sent abusive texts calling the single mother names. Nikki had been paying rent to Briggs along with the money she paid Siolo and Helena for babysitting, and Briggs kept increasing the rent, making it impossible for Nikki to afford.

Contessa eventually picked Nikki and Arianna up and moved the two in with her in Santa Cruz. From there, Nikki couch-surfed at friends' places to save the two hour one way commute time. Nikki's older daughter Sendy was removed from her father's custody and Nikki started the process of recovering custody, attending court sessions in Los Angeles on her days off.

Just as Nikki's life seemed like it couldn't have gotten much worse, things started to improve. A coworker at Best Buy offered both her and Arianna a place to stay, and Nikki accepted. She found a child bed for Arianna, and started to arrange the move, which would have brought her closer to her work and provided a more stable environment for all of them.

​Siolo Hearne, Helena Martin, and Helena's husband Devin, continued to babysit for Arianna during this time. They lived in Oakland, and often kept Arianna for long periods of time. The relationship between the Fitts family and Briggs' nieces was always strained and only grew more so when the babysitters refused to let even Nikki see the girl.

Arianna and Nikki could have been basically anywhere in a many-hundreds-of-miles radius at the time they disappeared. The custody situation with Sendy, the living arrangements for both Nikki and Arianna, the move to a new apartment, the trouble with Briggs and her nieces, all complicated the investigation. The passage of time after the last sightings of both Nikki and Arianna didn't help matters, either. Time is of the essence when it comes to missing persons investigations.

On April 1st, 2016, Nikki ran errands with her new roommate and coworker. Nothing seemed different than usual until she received a phone call that afternoon while she was watching a movie. She had withdrawn hundreds of dollars from her bank account earlier without explanation, and when she got the phone call she said she was going to meet someone at a restaurant. She never returned home.

Contessa thinks Nikki withdrew money that day to pay Siolo and Helena, and to collect Arianna. She describes her sister as "naive and hopeful," and thinks she would never have imagined herself in any danger from the people she trusted with the care of her daughter. Even Contessa herself didn't suspect the babysitters at first, until she realized that of all the people posting on Facebook and asking about her sister and niece, Siolo and Helena never did. With little information to help police, Contessa did some digging of her own and was able to provide San Francisco Police Department with the address of Siolo and Helena's home.

Three days after Nikki's family reported her and her daughter missing, a gardener in John McLaren Park in San Francisco discovered a piece of plywood with a strange symbol spray-painted in silver on it. Under the plywood, in a shallow grave covered only with the plywood, was the body of Nikki Fitts. She was discovered lying in the fetal position. Her exact cause of death has not been released, but her manner of death is a homicide. McLaren Park has been the dumping ground for many murder victims in the past, so Nikki was hardly the first person who was left there after their death.

After weeks with no leads, public interest in the Fitts case waned. As media attention was pulled away due to officer-involved shootings and a hunger strike in protest of police brutality, Nikki and Arianna's case went cold.

THE SUSPECT(S): The police have named Siolo Hearne, Helena and Devin Martin, as persons of interest in this case. They have refused to cooperate with the investigations, and have offered several different stories as to what happened to Nikki and her daughter. I must mention that Helena served time in prison when she was eighteen for the murder of her child's father, though if that's relevant to this case or not remains to be seen.

Police believe Arianna is at risk. Her family believe she is still alive, and hope to get her back one day.

The San Francisco Best Buy where Nikki worked is offering a $10,000 reward for information that will lead investigators to Arianna's location.

THE AFTERMATH: This is a complicated case, one that is emblematic of the difficulties single parents face every day. Nikki was trying to do the best she could to care not only for Arianna, but her other daughter, and herself. She was working, relying on those around her to do right by her and her child, and ultimately may have been betrayed by those she trusted. Her living and child-care arrangements may have been unorthodox, but there is no reason to believe Nikki's actions put her or her children at obvious risk. That she wound up murdered, and her youngest child missing under concerning circumstances, is beyond tragic.

When Nikki's family released her ashes into the ocean near Marina del Rey, a school of dolphins surrounded them. I can't think of a more lovely tribute to a mother who did everything in her power, no matter how unconventional, to take care of her children. Dolphins have been known to rescue swimmers from danger for centuries. The fact that they would appear seemingly to honor a mother so in need of love and protection is a beautiful moment in time.

If you have any information about the murder of Nicole Fitts or the disappearance of her daughter Arianna, please contact the San Francisco FBI at 415-553-7400. You can also go to InPursuitTips.com to leave a tip with the Investigation Discovery show featuring John Walsh. There is a $10,000 reward for information leading to the location of Arianna Fitts.
Labels: Into the Unknown