Into the Unknown: Connie Converse 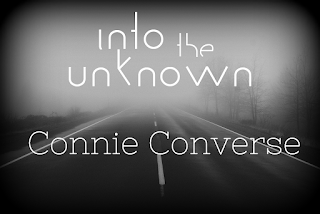 Generally when someone who is considered a celebrity goes missing, it's of their own volition. They either need privacy to deal with personal issues, or are struggling with circumstances either obvious or unknown to their fans and the media.

Most of the time, these mysteries are short-lived and easily solved. Often, the celebrity themselves reappear on their own.

I do not post graphic pictures, and due to the circumstances of this case and the passage of time, there may be little risk of finding any. However, websites found by following links in this post may post some from other cases. Reader discretion is advised.

THE HISTORY: New York City, New York, almost speaks for itself. It is the city with the highest population, and population density, in the United States. It is also the largest metropolitan area in the world at just over 468 square miles. A city emblematic of the US as a whole, many immigrants in years past came through New York City to enter the country, and her landmarks are recognizable the world over.

In the 1970s, New York was a city full of artists and other creative types. Neighborhoods like SoHo (shorthand slang for South of Houston Street), offered cheap housing for poor artists and their families. However, the 1970s also saw an upswing in crime, specifically violent and property crime within the city. The New York Police Department, or NYPD, also suffered in the late 60s and early 70s with allegations of lackluster performance and corruption, made famous by the testimony of former officer Frank Serpico.

Among the high points for the city in the early 70s was the opening of the World Trade Center in 1972, which were for a brief time the tallest buildings in the world until Sears Tower in Chicago, Illinois was completed the following year.

THE MISSING: Elizabeth Eaton Converse started her life in Laconia, New Hampshire on August 3, 1924. The family lived in Concord. She was the middle child, and her younger brother Phillip was born in 1928. She was raised in a strict Baptist household, and her father was the minister in their church. She attended Concord High School and graduated in 1941 as class valedictorian with a scholarship to Mount Holyoke College in Massachussetts. She left the college after just two years, however, and moved to New York City. Her ambition then was to become a writer, but it didn't take long once she was in the city for her attention to shift to music. While there, she sent what she called the 'Song of the Month' to Philip and his wife, Jean. A single song, written and recorded in her apartment, as a gift. Over five years, she sent them almost 40 songs.

While she lived in New York, she took up smoking and drinking, two things that flew in the face of her family's religion. This was where she adopted the nickname Connie, which she got from coworkers. Her musical career also disappointed her parents, and her father went to his grave without ever hearing a single recording his daughter made.

Singer-songwriter music is self-explanatory, a genre of music that has existed since music began. It is typified by artists who not only perform but write their own music, often also providing their own accompaniment with instruments. When Connie Converse began her musical career in the 1950s, the singer-songwriter genre of popular music was just starting to find its foothold. Country artists like Hank Williams and Woodie Guthrie were gaining popularity, as were blues-oriented artists like Billie Holliday and Ray Charles. In the rock n' roll singer-songwriter subgenre, Jerry Lee Lewis, Buddy Holly and Sam Cooke were emerging. But the world at large didn't latch onto singer-songwriters until the early 1960s, and Connie Converse seems like an artist ahead of her time, one who missed the boat by just a few years.

At a time when artists like Bob Dylan were starting to find success in the music industry, Converse saw little of it. She has only one known televised performance, on The Morning Show with Walter Cronkite, aired on CBS in 1954. She recorded songs in her Greenwich Village apartment, and more were recorded by friends. But she was never able to find the commercial success that led her to move to New York City in the first place. By 1961, Connie was deeply disappointed by what she saw as a complete failure. That year, she decided to move to Ann Arbor, Michigan, where her brother was professor emeritus in political science at the University of Michigan. During this time, she also started to smoke and drink more heavily, possibly to try and cope with the stress of her career not taking off as she'd hoped.

She took a job as a secretary, then as a writer/managing editor at the Journal of Conflict Resolution in 1963.

She led a quiet life for most of her life, keeping her private life very much to herself. Family members don't recall her ever having a romantic relationship, and she never confirmed or denied rumors about her sexuality.

Over the next decade, she worked diligently for the Journal of Conflict Resolution, but began to feel run down by the stresses of the job. She was dealt a blow in 1973 when the offices of the magazine were moved to Yale, in Newhaven, Connecticut. She was unaware the move was going to happen until it happened, and was blindsided by the decision. Friends and family became concerned about her and some pooled money to pay for a six-month trip to England to try and lift her spirits, but she never took the trip. Connie's mother took a vacation to Alaska and got Connie to join her, but it didn't help. At around the same time, she was told by doctors she needed to undergo a hysterectomy, and by all accounts this news devastated her.

In August 1974, Connie wrote several letters to family and friends, packed her belongings in her Volkswagen Beetle, and left her home. Connie was due to join her family on an annual trip they took together, but by that time, she had already mailed the letters.

THE INVESTIGATION: I don't know that there ever was a formal police investigation into Connie's disappearance, though her family looked for her.
In her letter to brother Philip, she sent a check to keep her health insurance paid up and current for a certain amount of time, and instructions that after a certain date, he was to allow the policy to lapse.

Because Connie was an adult at the time of her disappearance, she had the right to disappear. In the 1970s, this was not an uncommon occurrence. Modern technology that can find a person through financial, telephonic, and or computer records, did not exist at the time. Many people took advantage of that fact and left their lives behind to start fresh somewhere else. In her letters, that is exactly what Connie Converse told loved ones she was going to do.

THE SUSPECTS: As Connie voluntarily disappeared and there is no evidence any harm ever came to her, there are no suspects in this case.

THE AFTERMATH: Years after her disappearance, a friend saw the name Elizabeth Converse in a phone book in either Kansas or Oklahoma, but never explored the lead. By the time the friend brought this up to Philip, it was too late to chase the lead.
Ten years after she left her home and her life behind, Philip hired a private investigator to try and find her. However, the investigator informed him that even if he could find Connie, he had no right to bring her back to them if she didn't want to return. After this, they decided to respect Connie's decision and ended all efforts to find her.

In 2004, friend and early supporter of Converse Gene Deitch was invited to appear on Spinning on Air, a radio show broadcast on WNYC in New York. Dietch used the opportunity to play some of Connie's songs on-air, which led to the most publicity and interest her music ever received. Now, fifteen years later, biographies have been written about her, a full-length record is readily available for purchase, and a full-length documentary was produced in 2014 entitled We Lived Alone.

THE CONCLUSION: Frustrated with her life and lack of success at a career she enjoyed and entertained high hopes for, Connie Converse walked away from everything without a backward glance. While it's unlikely we'll ever know exactly what happened to her after she drove her VW Bug away from everything and everyone she knew, we can now appreciate the music she so lovingly crafted, and imagine just what adventures she may have had once she shed the stresses of a life that burdened her so.

As far as I can tell, no law enforcement agency is actively investigating or taking tips regarding the disappearance of Connie Converse.
Labels: Into the Unknown