Into the Unknown: Haleigh Cummings 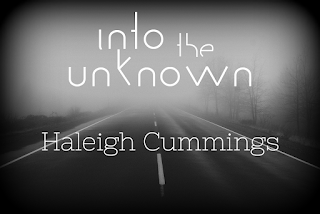 Haleigh Ann-Marie Cummings vanished from her Satsuma, Florida home nearly ten years ago, and has not been seen since.

Charges in unrelated crimes have been filed against her parents and several others who should have protected this vulnerable little girl, who had already been through more than most adults. Every member of her family who should have protected her has turned out to be someone it is difficult to have a lot of faith in. And at the center of this enormous, complicated, and just plain stupid, rabbit hole, is Haleigh, a little girl who is still missing.

This case is like an artichoke. Peel back a leaf, and you just find another, more astonishing leaf beneath it.

Some of the content in this post may disturb or upset sensitive readers. As this deals with the disappearance and potential crime committed against a child, this post may be particularly disturbing.

I do not post graphic pictures, but websites found by following links in this post may. Reader discretion is advised.

THE HISTORY: Satsuma, Florida is an unincorporated community in Putnam County, situated in the northeastern region of the state. Just above sea level, the town is within reasonable driving distance of the Atlantic Ocean and the Gulf of Mexico, as well as Walt Disney World's Magic Kingdom. The town is little more than a stop sign in the road on the way to better places.

Stricken with a type of multi-generational poverty that almost feels like a virus, towns like this aren't ones you seek out on your vacation. Backwater, map dot, podunk, whatever you call towns like this, they are ones that most people avoid or simply pass through. But they don't stay long if they can help it.

At the time of her disappearance on February 9th, 2009, Haleigh and her family lived in a trailer home in Satsuma, in a trailer park known as Hermit's Cove. She lived with her father, Ronald Cummings, and his seventeen-year-old live-in girlfriend Misty Coslin, who he later married, albeit briefly. Haleigh's three-year-old brother Ronald, Jr. was in the same room at their bedtime at 8:00 p.m. on the 8th. Misty went to bed at around 10:00 p.m. that night, in the same room as the children, while Ronald was working his second shift job. When he arrived home just after 3:00 a.m. on the 9th, Misty told him she had just discovered that Haleigh was missing. The back door to the trailer was ajar, propped open with a cinder block.

THE MISSING: Haleigh Ann-Marie Cummings was born February 9, 2009 to Ronald Cummings and Crystal Sheffield. She was 3 feet tall and had blonde hair with red highlights and brown eyes. She had a lazy left eye and several brown birthmarks on her body, including one on her right cheek, one on her back, and another on her jaw. Her fingers and toes were chubby. She had a wide, toothy smile in photographs, and pierced ears. She loved macaroni and cheese, and enjoyed her computer and playing with makeup.

Shortly after she was born, she was diagnosed with Turner syndrome, a condition that causes physical abnormalities such as a short, webbed neck, short stature, swollen fingers and toes, delays in puberty, and infertility later in life, among many other potentially life-threatening complications. Turner syndrome only happens in female children, and can put them at higher risk of diabetes and cardiovascular and thyroid problems.

Haleigh was small for her age due to her medical condition, and would be in need of medical attention due to her need for hormone replacement therapy, as well as consistent monitoring by cardiologists and endocrinologists to keep track of her various medical issues. If she were to reach adulthood, she would likely be no more than 4 1/2 feet tall, as is typical for women with Turner's syndrome.

Crystal had visitation rights in 2009. Haleigh visited her mother every other weekend. Ronald won custody of his children because, according to him, he was able to provide more steadily for them through his work in construction. He also alleged their mother had used cocaine while the children were in her care and Haleigh had missed several doctors' appointments while she was with her mother. Crystal alleged Ronald was violent and she had applied for a protective order against him, but that case was dismissed.

THE INVESTIGATION: Police responded to the Cummings home immediately and began the search for Haleigh. They found no sign of forced entry into the trailer, and could not ascertain whether the back door had been locked. Ron (though he was not at home to be sure) and Misty both were sure it was locked, and Misty's brother, who was there that night, confirmed this.

Ronald, Jr. told his mother, Crystal, that the night his sister disappeared, a man dressed in black came into the trailer and took his sister. He said at some point in the night, he woke up because of the man's squeaky shoes and because the "couch was bouncing." As he was only three years old at the time, police are unsure whether to believe this or not.

Over the course of the investigation, both Crystal and Ronald hired lawyers. Crystal's lawyer Kim Picazio revealed that conditions in the Cummings home were unsuitable for raising children. After conducting interviews with neighbors and friends, and looking through evidence in the home, she asked the state's Department of Children and Family Services to intervene, and a full investigation commenced. Despite the allegations, no charges were filed against Ronald as a result of the investigations, either by the police or DCF.

Over the course of the investigations surrounding Haleigh's disappearance, Misty's brother, Hank "Tommy" Croslin told his mother that Misty wasn't home at all that night. He said he knew this because he went looking for her and didn't find her at Ronald's home. Misty insists she was at the home all night, and described a typical family evening, watching movies with the kids and doing laundry before going to bed. Tommy and Misty's mother said in an interview that she would believe her son over her daughter. Officers from the Putnam County Sherriff's office agreed, saying there were multiple unsuccessful attempts to get a hold of Misty that night.

THE SUSPECTS: Ronald was cleared as a suspect early in the investigation when camera footage showed he was at his place of work, PDM Bridge, for his entire shift, as he told police.

Misty and Tommy both accused their cousin, Joseph "Joe" Overstreet, of kidnapping and killing Haleigh. Misty alleged that Joe sexually abused her as a child, and Tommy gave testimony that he was with Joe when Haleigh's body was dumped. Overstreet was visiting the family in Florida on the day before Haleigh vanished, and Tommy claimed he wanted to steal a gun from the Cummings home. When he couldn't find the weapon, he threatened Misty with a knife and kidnapped Haleigh. Tommy accompanied Overstreet, with the little girl in tow, and Overstreet threw her in the St. John's River about five miles from Satsuma. Misty confirmed this account, but there is no physical evidence to confirm the story. Police searched the river in April 2010 and even brought Misty along, but nothing of interest was found and police are unsure whether this is a credible lead.

Overstreet hasn't been named as an official suspect or charged in any way, and denies any involvement in Haleigh's disappearance.

THE AFTERMATH: A month after Haleigh vanished, Ronald and Misty married, saying they thought Haleigh would want them to, but six months later, they separated and quickly divorced, citing Haleigh's disappearance and the media attention surrounding the investigation as the reasons for the split.

Misty, Tommy, Ronald, and several others were arrested on drug trafficking charges related the sale of prescription drugs in the years after Haleigh disappeared. All of them were sentenced to fifteen years in prison except Misty who received a much harsher sentence of 25 years. for her involvement. Misty and Tommy's parents were also jailed on drug charges in in unrelated case and have since been released. Joe Overstreet was also arrested on drug charges in Tennessee.

No charges were filed against Ronald Cummings for abuse or neglect of his children, and police said he is not a suspect in his daughter's disappearance. They also said they do not suspect Crystal Sheffield of any involvement, either.

Misty Croslin's story of what happened that night has changed several times, and comments she made to the media in the days immediately following Haleigh's disappearance don't match up with evidence and other statements. Tommy's wife Lindsy Croslin said Misty has never been a leader, and that her life was spiraling in 2009.

Crystal Sheffield was arrested in 2014 on a probation violation, the nature of which was not made public at that time. It is unclear what she was on probation for, Ronald was called in from prison, where he was serving his time for the drug charges stemming from 2009, to discuss custody of Ronald, Jr., at that time. Sheffield lost custody of the boy, and it's not very clear where he went, with both parents in prison or jail at that time.

Haleigh's disappearance has been reclassified as a homicide by Putnam County Police, and considering her medical history, even if she was not murdered, it is highly unlikely she is alive.

THE CONCLUSION: The family history alone in this case is enough to make a person shake their head. The events that have occurred in the intervening years, with nearly every adult responsible for Haleigh and her brother's care being arrested for drug-related charges, is maddening as well. This post only scratches the surface of all the weird that went on with Haleigh's family, and her disappearance. Ultimately, everything that came after February 9th, 2009, has overshadowed Haleigh's disappearance to such a degree that we might never get to the bottom of what really happened to her.

If you have any information about the disappearance of Haleigh Ann-Marie Cummings, please contact the Putnam County Sherriff's Office at 386-329-0801.
Email Post
Labels: Into the Unknown