Into the Unknown: Latricia White 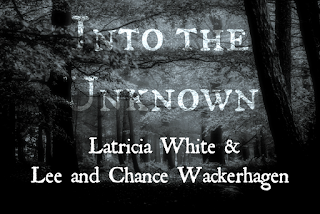 This month on Into the Unknown, we explore a Christmas mystery, the unsolved murder of Latricia White, and the disappearances of her boyfriend Lee 'Dub' Wackerhagen and his son, Chance. For years, police believed Dub had murdered Latricia, then voluntarily disappeared with his son, but as the years stretched on with no contact, that scenario becomes less likely.

None of these mysteries have been solved in the 24 years that have elapsed, and the police are truly baffled by the sequence of events.

Some of the content in this post may disturb or upset sensitive readers. Because this post discusses crimes committed against children, it may be triggering or particularly upsetting.
I do not post graphic pictures, but articles found by clicking links may. Reader discretion is advised.

THE HISTORY: Lockhart, Texas is a city of roughly 13,000 people as of 2018. Located in the center of the state, the city is a frontier town that's grown since its founding thanks to the railroad, cotton, and its claim to fame as the "Barbecue Capital of Texas." It's also been used for movie sets, including parts of What's Eating Gilbert Grape and Where the Heart Is, which used the city's Wal-Mart store, as well as Secondhand Lions and Transformers: Age of Extinction, among many others.

THE VICTIM & THE MISSING: Latricia Gail White was a thirty-eight year old experienced registered nurse. She had two children of her own from a previous marriage, which had ended not long before she and Lee "Dub" Wackerhagen moved in together. She had long, dark, curly hair and a wide smile in photographs.

Lee Herman "Dub" Wackerhagen was a 40-year-old trucker in 1993. He was in imposing man, 6 feet to 6 '4" tall and around 240 pounds, with dark blond hair and blue eyes. He wore glasses and a mustache, and had scars on both arms and his right leg.

Chance Lee Wackerhagen was nine years old that Christmas. Blonde and blue eyed, he strongly resembled his father, and if he survived the terrible events of December 27, 1993, he may have grown up to look like him. His right cheek was dimpled. He was 4'8" tall and weighed 75 pounds at the time of his disappearance.

Latricia and Dub had a sometimes volatile relationship. They went through periods where they appeared happy and loving, but other times could be angry and spiteful to one another. Their fights were overheard by friends and family alike, and a common bone of contention between the two was Chance, and the boy's behavior, which Latricia thought was sometimes unacceptable. Nonetheless, the two remained together and appeared to be working out their problems when Chance stayed with them for the 1993 Christmas holidays. In fact, he was supposed to return to his mother, Gaye Williams, on Christmas Day and instead called and asked to stay longer than planned, and his mother decided to allow him to stay. The boy agreed to call back and set up a time he would return home, but Gaye never heard from her son again.

THE CRIME: Our look into the life of Latricia and the Wackerhagens begins on December 23, 1993. Chance left a faucet running and Latricia and Dub got into what has been described as a "blowout" fight. This fight occurred four days before Latricia's murder, and was witnessed by an unidentified friend. Latricia was angry that the running faucet had filled a sink, which had then run over and made a mess on the floors of her home. Dub came to his son's defense, and the two fought loudly over the incident. Dub and Chance left the home afterward, but returned later on and three days later, December 26, 1993, the three of them were seen having dinner at a local restaurant, seemingly happy once again.
After that dinner together, no one knows what happened, but Latricia was never seen alive again, and Dub and Chance vanished.

Latricia's father, Jack, went to her house to check on her on the 27th of December, 1993. He hadn't heard from her for several days and was concerned. He found her in the home, dead from six gunshot wounds to the head, but Lee and Chance were nowhere to be found.

THE INVESTIGATION: Jack called the police and they converged on Latricia's home. In the house, they found wrapped Christmas presents, suggesting the murder and Lee and Chance's disappearance had occurred before Christmas day, when the family would have opened the presents.

Nothing in the house was missing or disturbed, and police came to the conclusion that Latricia's murder was a crime of passion, which are typically committed by someone close to the victim. Because Dub was nowhere to be found, three days after her body was discovered, he was charged with her murder. All signs seemed to point to Dub in the early days. Police believed the couple fought once again, possibly over Chance, and Dub, who was known to have a quick and sometimes violent temper, murdered Latricia, then fled with Chance.

In the blood at the scene, police found a footprint they matched to Chance, which to them reinforced the suggestion that he and his father were present and possibly involved in Latricia's murder.

Police discovered the murder weapon was a .22, but either aren't sure or haven't revealed whether this was a long rifle or a handgun. They believe Latricia was killed in her sleep not long after she and the Wackerhagens were seen eating at the restaurant.

Three days after Latricia's body was discovered, Dub's 1986 Ford pickup truck was found in a field outside Austin, Texas approximately 30 miles from their apartment. In the bed of the truck were a bunch of Christmas gifts, some unopened, some of them spattered with blood. Dub's rifle was in the truck, and police tested it, only to find it had not been fired recently. Also in the truck were Dub's wallet and checkbook. The blood on the packages was tested and while some was found to be Latricia's, as expected, some was not and it has never been determined exactly who this blood belonged to, as DNA testing was not possible at the time.

Despite the abundance of evidence at the time Latricia's murder was discovered, this case went cold in shockingly fast fashion. Lee and Chance vanished without a trace, and no sign of either of them has been found since Dub's truck was discovered.

THE AFTERMATH: In 1994, just months after Latricia's murder Chance's maternal grandparents received a phone call. During the phone call, they heard a boy's voice say, "Help me," before someone slammed the phone down. His grandfather, O.P. Williams, was certain the boy was Chance, but nothing ever came of the call. It was too short to be traced, and police are uncertain of whether the call was genuine.

In 2016, 23 years after Latricia's murder, the Lockhart police reopened the case, citing a new lead. They stated they now believe Dub and Chance were both victims of foul play. What information this new lead contained has not been released to the public.

This case was covered on the television series Unsolved Mysteries, and YouTuber Cayleigh Elise produced an excellent video about Lee, Chance, and Latricia as well. Gaye Williams commented an update about the case, a comment which Cayleigh pinned below the video. Check out Cayleigh's channel while you're there, she makes incredible true crime and mystery content.

IN CONCLUSION: In the years since the investigation began, it seems like there are no answers to be had. According to Gaye's comment on the YouTube video linked above, police have been critical of the initial investigation, and it's possible those first investigators may have developed tunnel vision, zeroing in on one conclusion to the exclusion of all others.

The possibilities are almost endless, but there is an answer to this case. The conclusion that seemed the most obvious, that Dub killed Latricia and kidnapped his own son, seems less likely with each passing year. If he is still alive, Chance is a grown man now, old enough to reach out to family members for many years, and stands only to gain by doing so. Dub, if guilty of murder, would have obvious motive to stay gone, but his son wouldn't, and surely by now the boy would miss his mother and grandparents.

Texas CrimeStoppers is offering a $5000 reward for information leading to the whereabouts of Chance Wackerhagen. To be eligible for the reward, a tipster must call the Texas Crime Stoppers line or Kingsville Crime Stoppers at 1-877-553-2374, or online at www.tipsubmit.com. All tips can be offered anonymously. Tips in regards to the murder of Latricia White and Lee "Dub" Wackerhagen's disappearance can also be reported through those channels, or by contacting the Texas Rangers’ Cold Case website here, or contact the Missing Persons Clearinghouse at 1-800-346-3243.
Email Post
Labels: Into the Unknown