Into the Unknown: Kayla Berg 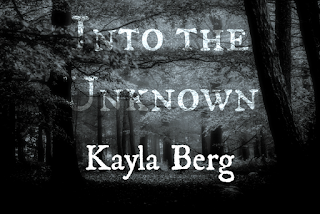 ​Kayla Berg was born in Antigo, Wisconsin. After a brief move to Texas, Kayla returned to Wisconsin and met up with friends. A friend dropped her off at her boyfriend's house in Wausau, a city about 35 miles from Antigo. Or at least, that's the story the friend told police.
The friend's story is that he didn't wait to make sure she got into the house. Rumors have swirled since day one that call this story into question, and the young man who 'dropped her off' has been a person of interest from the beginning.
Regardless of whether he did drop Kayla off or not, she's never been seen again.

THE MISSING: Kayla Berg was a fifteen-year-old high school student. She was a dedicated gymnast, training herself into shape for the new school year. Five-foot-two and just over 100 pounds, she was petite, with dark brown hair and eyes. She had a pierced navel, and her ears were pierced twice. She'd had her appendix removed and bore the scar on her stomach. She also had chicken pox scars on her right cheek and right side of her nose. She also has a deep cleft in her chin. There are two accounts of what she was wearing when she went missing. Some who saw her say she was wearing a red spaghetti strap tank top, dark blue hoodie, jeans, low-heeled tan sandals, and a silver necklace. The person who last saw her that night says she was wearing a dark long-sleeved shirt which could be the hooded sweatshirt or something else. She did not own a cell phone or computer at the time of her disappearance. She did have a Facebook account but hadn't accessed it in months, and hasn't since she vanished.

THE HISTORY: Kayla was born in Antigo and lived there until six months before her disappearance. Her mother Hope relocated herself, Kayla, and her older son Jimmy to Texas but the move didn't last. Both kids became homesick and missed family and friends. After their return, Kayla spent a great deal of time with her friends, catching up and getting ready for the new school year. A passionate gymnast, she wanted to join the Antigo team and often walked or ran to help get into shape. On August 11, 2009 she went with a 24-year-old friend Kevin Kielcheski, who drove her around Antigo and allegedly smoked marijuana with her.
What follows is the account that Kevin gave to police after Kayla was reported missing. He says  drove her to her boyfriend's house in Wausau, which is about 35 miles from Antigo. Kevin dropped her off at the house, which was unlit at the time and looked empty. He claims he didn't wait around to see if she actually went in, and no one has seen her since.

THE INVESTIGATION: Kayla's mother reported her missing when she didn't return home that night, and initially police thought she was staying away of her own accord. They interviewed her friends and thought they were evasive, hiding details about where Kayla might be. But as weeks passed with no contact, they reclassified her as endangered missing. Her sometime (some articles claim the relationship had ended by August 2009, others that he was her current love interest) boyfriend Miguel Marrero was 19, and Hope didn't approve of the relationship. The home where Kevin dropped Kayla off was condemned by the health department and unoccupied the night he dropped her off there. Kayla's mother claims she knew the house was empty and doesn't know why she would have asked to be dropped off there.

In October of 2009 Kielcheski was arrested and charged with second degree reckless endangerment, a felony in Wisconsin. The charge stemmed from the admitted drug use he participated in with Kayla the night he claims to have dropped her off. That charged was dropped a year and a half later, and he has not been named as a suspect in her disappearance. He has stopped cooperating with the investigation and hired a lawyer, however.

Miguel claims the last time he saw Kayla was a week before her disappearance. He has never been named as a suspect, and has also stopped cooperating with the investigation in recent years.

After her disappearance, police searched over a dozen times in various areas where Miguel's cell phone pinged, but found nothing. A cadaver dog reacted to Kevin Kielcheski's home and the potato farm where he worked, but there was not enough evidence at either place to take the case forward.

THE AFTERMATH: No sign of Kayla Berg has ever been found. All the searches have turned up nothing, and there has also been no sign of where she may have gone. The case is frustrating, as there has been so little to go on since August of 2009.

In fall of 2016 a video called "Hi Walter It's Me Patrick Video" was uploaded to YouTube that some believed showed Kayla Berg being held captive. As this video was investigated by the Antigo police and found to be a fake, I won't go into the details of what's in it. I will only say it is disturbing and extremely creepy. We'll stick to what's more important, the actual case at hand. I only mention it because you might come across it, and I'm here to tell you don't bother watching it.

If you would like to watch a relevant video about this case, look for the episode of Investigation: Discovery's series Disappeared, which aired in June of 2017. It's available on the Discovery+ app.

Friends and family hope Kayla Berg will be found. Her mother has been very vocal and active in the search for her daughter, and continues to speak about Kayla's case publicly. She deserves to know what happened to her daughter that August night, as do the other members of her family. Kayla was a young woman looking forward to getting back to normal in her life, with her whole life ahead of her. She deserves to be found.