Into the Unknown: Betsy Aardsma 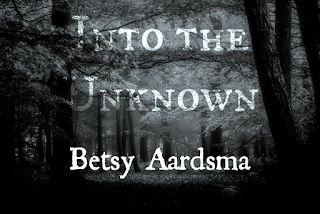 College is a hopeful place, where many teens and their parents pin all their dreams for the future, and a brighter world. Millions of people every year flock to college campuses or online schools to further their education and enrich their lives. No one ever dreams that a college campus can be a dangerous place, especially in the years before school shootings sadly became a part of our lives. The murder of Betsy Aardsma in 1969 is a case that has gone unsolved for nearly fifty years. The case has haunted the officers that investigated, as well as Betsy's friends and family. There are very few clues in this case, and many theories as to who could have killed the beautiful, intelligent young woman, who was only 22 years old.

Some content in the following post may disturb or upset sensitive readers. I do not post graphic photos, but websites found by following links may. Reader discretion is advised.

THE HISTORY: Pennsylvania State University is an elite college known colloquially as 'Penn State' or just 'Penn.' In recent years, it was home to a child sex abuse scandal involving football coaches Jerry Sandusky, but in years previous, the school enjoyed a reputation as a safe, highly regarded institution of higher education. The library was of course, home to many books students used in research and in completing their coursework. The stacks in the basement were narrow and dimly lit, located in the basement of the library. At that time, they went all the way to the wall, leaving the basement library cramped and giving someone cornered no route of escape. This being the late 1960s, there were no security cameras anywhere in the library.

THE VICTIM: Born in Holland, Michigan on July 11, 1947, Betsy Aardsma was the second of four children to parents Esther and Richard. She graduated with honors from Holland High School, and went on to the University of Michigan in Ann Arbor before attending Penn State. She was "unofficially engaged" to be married to med student David Wright, whom she had followed to Pennsylvania after abandoning a previous plan to join the Peace Corps. Her family was thrilled she was leaving Michigan. At the time, a serial killer (John Norman Collins, the Ypsilanti Ripper) was preying on young women in the Ann Arbor/Ypsilanti area, not terribly far from Holland.

THE INVESTIGATION: Sometime between 4:45 and 4:55 p.m. that evening, Betsy Aardsma went into Row 51 in the stacks. Before Betsy's lifeless body was found, a man (some reports claim it was two men) approached the library desk and told the clerk, "Somebody better help that girl." Fellow students found Betsy collapsed on the floor and alerted emergency services at 5:01 p.m., even attempting mouth-to-mouth resuscitation themselves before an ambulance arrived. Their efforts were fruitless, and Betsy was pronounced dead shortly after arriving at the campus hospital, Ritenour Medical Center at 5:19 p.m. At first, medical personnel thought Betsy had either fainted and hit her head or suffered a fatal seizure. It was only after they removed her red dress that they found a wound in her chest. This small wound had gone through her sternum, punctured the right ventricle of her heart, and severed her pulmonary artery. There was only a small amount of visible blood on her clothing, and the color of her dress had camouflaged it. Her death was classified as a homicide and police began investigating.

A man who was in the library basement at the time of the murder, Dean Brungart, claimed he heard a man and a woman having a normal conversation. He said neither of their voices were raised and they were not arguing. Moments later, he heard books falling and something heavy hitting the metal stack. He didn't see the pair, just overheard them. The front desk clerk gave a description of the man who had mentioned someone needing help, but the sketch the police commissioned didn't lead to any suspects, and at any rate it's not known if that man (or men depending on the source) was involved in the murder or was just another witness.

The investigation ran through the usual suspects, including other library patrons that night, her boyfriend, close friends and family, but found no viable leads and quickly ran out of suspects. The red dress and white cotton turtleneck she was wearing was not heavy enough for the cold November weather. It was also a bit more formal than Betsy typically dressed, and this has led some to believe that she was going to the library to meet someone rather than to study.

Betsy had no defensive wounds, which suggested she was attacked from behind by a right handed assailant. The murder weapon, which was a single-edge hunting style knife, was never found, and before police could return to the crime scene, a janitor had cleaned the area, not knowing that a young woman had been murdered there. Thousands of men in the area were interviewed, but the case still went cold.

THE AFTERMATH: Questions remain, and not just the most important one: who killed Betsy Aardsma? There are many others. Besty was stabbed in the heart, but the wound was small, and medical experts claim it would have taken several minutes for her to die of internal bleeding from such a wound. Why didn't she cry out for help, or try to make it to another patron, or the front desk? A friend of David Wright's asked, "How is it she didn't scream? This isn't instant death. Even if it's six minutes. You would think she would scream. It's so weird."

In the years since Betsy was murdered, her boyfriend David Wright has said she was troubled in late October, and her former brother-in-law Dennis Wegner said she'd spoken to her mother about not being sure why she was at Penn in University Park. She spoke of wanting to move closer to David's school in Hershey, and mentioned the possibility of attending a nursing school at Penn State Harrisburg. At the time, David thought she simply wanted to be closer to him, but in the years since she died he wonders if she was worried about something at Penn that he didn't know about.

The only viable lead in the case may have come about after the internet came into being. It's a far-fetched possibility, but Richard Haefner was a geology student at the same time as Betsy attended Penn State. He matched the description of the man who alerted the desk clerk that someone needed help. Later on, he was accused of molesting young boys and developed a reputation as an overall unpleasant person. David DeKok, author of Murder in the Stacks, thinks he makes a viable suspect in the case. Other theories postulate that Ted Bundy or even the Zodiac Killer may be responsible, but no one has ever been arrested for Betsy Aardsma's murder.

What happened in the stacks in the Pattee Library basement that evening? Was there something troubling Betsy that led to her murder? Was Richard Haefner the man seen leaving the library moments before her body was found?

If you have any information about the murder of Betsy Aardsma, please contact the Penn State University Police Department at 814-863-1111.
Labels: Into the Unknown