Into the Unknown: Evelyn Hartley 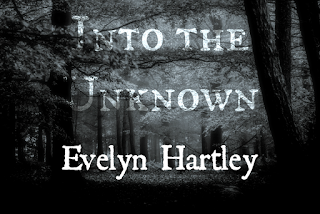 We all know the story. The babysitter gets the baby settled in for a good night's sleep, then something awful happens. Sometimes, it's a series of taunting phone calls asking if she's checked the children, calls that turn out to be from a man who was upstairs the whole time. Sometimes the bad guy breaks in and does horrible things to the babysitter. Sometimes, its just a tree branch banging against the window in the wind.
These stories do not just pop up out of the ether, and sometimes they're inspired by a mystery that's gone unsolved for decades.

THE HISTORY: La Crosse, Wisconsin regularly makes its way onto lists of the most desirable places to live in the state. Picturesque, the city rests on the Mississippi River, with beautiful views of the cliff-dotted river banks and dense forestland all around. in 1953, the city boasted a population of around 47,000 people. Evelyn Hartley disappeared from the La Crosse, Wisconsin home of a professor whose 20-month-old daughter she was babysitting. The baby was found unharmed, but evidence of violence was found in and around the house, and Evelyn has never been seen or heard from again.

THE VICTIM: Fourteen years old, Evelyn Grace Hartley was a straight-A student at Central High School at the time of her disappearance. She had brown hair and blue eyes, and usually wore eyeglasses. She was wearing a size 34-36 white Ship n' Shore blouse with pearl buttons, size 16 red jeans with a side zipper and the cuffs rolled up, and white bobby socks. She had babysat many times before, but this was the first time she'd done the job for Viggo Rasmussen, a La Crosse State College professor. His usual sitter was busy the night of the 24th and since he and his wife Madeline wanted to attend the local homecoming game, he called on Evelyn to watch over baby Janice instead. She arrived on time to the job and brought along school books to study from once the baby was asleep. Evelyn was supposed to call home that night at 8:30 to check in, and when she didn't, her father Dr. Richard Hartley tried calling the Rasmussen house several times to no avail. He decided to check on his daughter, and when he arrived at the home, she was nowhere to be found.

THE INVESTIGATION: The lights and radio were on in the Rasmussen house when Richard arrived. The front and rear doors were locked. Furniture in the living room was in disarray, as were Evelyn's textbooks. Her eyeglasses were broken on the floor of the living room, and one of her shoes was there as well. There were shoe prints in the living room as well as inside a basement window box. As Richard searched the house, he found her other shoe in the basement, where a window was the only point of entry to the whole residence that didn't lock. The Rasmussens had removed the screen from that window and propped a stepladder near it. Several other windows had scrape marks on them, as if someone had tried to force them open. The baby was inside, asleep in her crib, unharmed. Richard phoned the police, and an investigation began.

There were blood stains in the yard, one of them measuring eighteen inches in diameter, and signs that Evelyn had been led or dragged through the yard and into the night. A bloody handprint was found on the wall of the garage, about four feet up. Police believed Evelyn was abducted from the home after putting up a fight both inside and in the yard, and the blood pools in the lawn were from when the abductor or abductors had to stop and rest while removing her from the Rasmussen property. Tracker dogs were brought in to try and follow Evelyn's trail, but they only got as far as two blocks down the road, where the trail ended. The only conclusion that can be gleaned from this is that she was put into a car and driven away rather than carried. Over 2,000 residents of the area joined the search party that looked for Evelyn beginning the next day.

A neighbor reported seeing a light-colored car repeatedly driving around the neighborhood the day of the abduction, and another said they heard screams at around 7:00 p.m. Two days after Evelyn Hartley disappeared, a man in the Rasmussen's neighborhood claimed a Buick nearly hit him that night as he was driving, then sped off in a westerly direction. In that vehicle were two grown men and a young girl. One man was driving while the other sat in the back with the girl.

Less than a week after the abduction, clothing was found scattered around the area. Some of it may have belonged to Evelyn, as blood was found on all of these items. Blood matching her type was found on one piece, a denim jacket that didn't belong to her but may have belonged to her abductor. A well-worn pair of Goodrich shoes (which we will come back to shortly) and jeans were also found. The jacket was photographed and the photo placed in the La Crosse Tribune newspaper; police hoped it might lead to a suspect. The National Guard, Civil Air Patrol, local Boy Scouts, State College students and staff, and the Air Force patrolled the land and skies for days, searching for Evelyn or any sign of where she might have gone. The police also initiated a vehicle inspection protocol with the intention of searching every single vehicle in La Crosse county, and gas station attendants were advised to look into cars they serviced for blood stains.

The size 11 Goodrich "Hood Mogul" shoes found a few miles from the crime scene were distinctive, and may have been the best evidence police found in the case. The shoes were distinctive because of the wear pattern on the soles. The wear pattern matched the pedals on a Whizzer motorbike, a unique clue that might lead to a particular person. In one of the shoes was a hair which may have been from someone who was Black (BIG NOTE: hair similarity evidence is seen now as junk science and no longer admissible in court, so this evidence can be taken with a lot of salt). This model of Goodrich shoe were sold in several states in the Midwest. Investigators also suggested the shoes had had two owners, and the second's feet were too large for them.
The jacket also gave many clues in the case. The jacket was cut off and re-hemmed poorly at the bottom, which might suggest it was worn by someone it didn't fit in its original size; someone without the sewing skills to repair the jacket well or the means to take it to a tailor who could do it for them. This is pure speculation, but a jacket like this makes me think of secondhand or hand-me-down clothing, another hint that the man who owned it was poor. Wear marks from a safety harness were prominent in the fabric, and bristles from a scrub brush and flecks of metal were found in the pocket. Police believed this might mean the owner of the jacket was a steeplejack. They took the jacket to 31 different communities and no one recognized it or the shoes, but they did offer one more clue which might be helpful. The jacket was a size 36, relatively small for a man even before the alteration, and the shoes were size 11, larger than average especially in the 1950s. This is another thing that might mean they were secondhand shoes, worn whether they fit or not. Someone too small for a size 36 jacket isn't likely to have size 11 feet, though it is of course possible.

THE AFTERMATH: Police interviewed 3500 people, subjected hundreds to lie detector tests, and conducted thousands of car searches. Even with all that effort, and an investigation that lasted for years, Evelyn remains missing and there are no leads. There have been many suspects, serial killer Ed Gein among them. He was in La Crosse visiting relatives the night of Evelyn's disappearance. However, he denied involvement (and his victims were older women not teenage girls). He has not been ruled out, though, and is also implicated in the disappearance of another girl, Georgia Jean Weckler.
No one has ever been charged in Evelyn's disappearance. A property in Pickwick, Minnesota was searched in 1989, an audio recording surfaced in 2003, and still no further sign of Evelyn has been found. We are no closer to finding her in 2021 than we were in 1953.

Evelyn's parents moved to Oregon after she disappeared, and are both now deceased. She has one sibling still living. They deserve answers, and so does Evelyn. Eventually, her parents wound up in Nebraska, and their headstone bears an inscription for Evelyn as well, listing her year of death as 1953.

If you know anything about the disappearance and possible murder of Evelyn Hartley, please contact the La Crosse Police Department at 608-785-5962.
Email Post
Labels: Into the Unknown