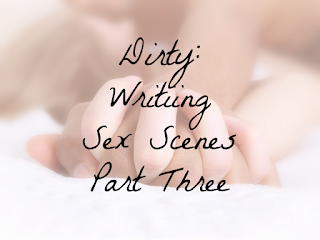 ​We've gotten over our jitters, and decided that we really do want that sex scene in the book. Now, what heat level should the scene be? And because the two coincide, how much detail?
​
Heat level, you ask? I'm happy to explain that. This is a quick post, as it should be a fairly easy decision.

​There is no set scale for the heat level in romance novels. It's all subjective, and each writer and reader's taste determines what heat level they like. The following heat scale is sort of my own amalgamation of the ones I've seen on publishers' and reviewers' websites. It also hits on the level of detail to consider, so it's a dual-purpose deal.

Any of these heat/detail levels can occur in any genre of book and should be pretty self-explanatory. If you're writing an Inspirational or Religious themed book, you're most likely not going to have a scene that could be described as Vivid. If you're writing erotica, however, you're probably not going to think in terms of an Innocent scene, except maybe in the beginning, perhaps when your characters first meet. Obviously, that's not always the case and is always up to you.

Finding the right heat level may not be a cut-and-dried process, but once you do, you're ready for the big step: actually writing that scene!
Labels: Advice Dirty Series